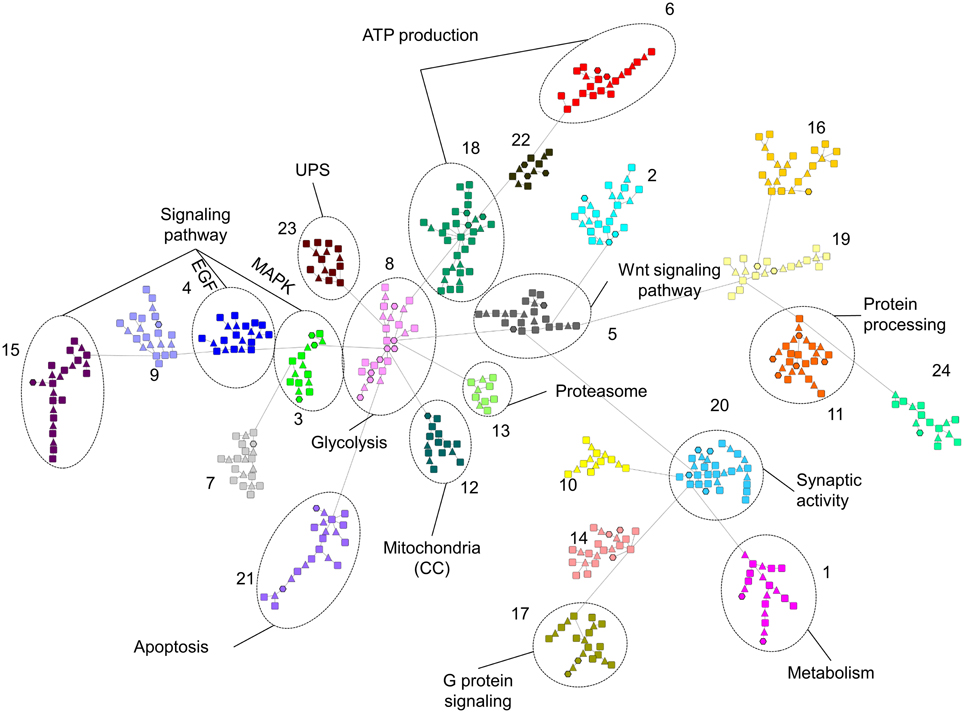 Parkinson’s disease (PD) is a complex neurodegenerative disease whose etiology has not been completely characterized. Many cellular processes have been proposed to play a role in the neuronal damage and loss: defects in the proteosomal activity, altered protein processing, increased reactive oxygen species burden. Among them, the involvement of a decreased activity and an altered disposal of mitochondria is becoming more and more evident. The mitochondrial toxin 1-methyl-4-phenylpyridinium (MPP+), an inhibitor of complex I, has been widely used to reproduce biochemical alterations linked to PD in vitro and its precursor, 1-methyl-4-phenyl-1,2,3,6-tetrahydropyridine hydrochloride (MPTP), to induce a Parkinson-like syndrome in vivo.

Therefore, we performed a meta-analysis of the literature of all the proteomic investigations of neuronal alterations due to MPP+ treatment and compared it with our results obtained with a mitochondrial proteomic analysis of SH-SY5Y cells treated with MPP+. By using open-source bioinformatics tools, we identified the biochemical pathways and the molecular functions mostly affected by MPP+, i.e., ATP production, the mitochondrial unfolded stress response, apoptosis, autophagy, and, most importantly, the synapse funcionality. Eventually, we generated protein networks, based on physical or functional interactions, to highlight the relationships among the molecular actors involved.

In particular, we identified the mitochondrial protein HSP60 as the central hub in the protein-protein interaction network. As a whole, this analysis clarified the cellular responses to MPP+, the specific mitochondrial proteome alterations induced and how this toxic model can recapitulate some pathogenetic events of PD